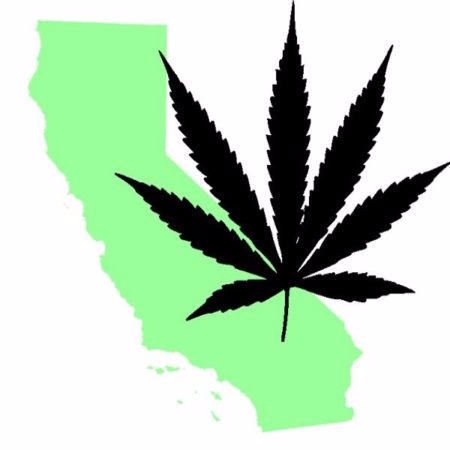 The two markets combined are worth $2.5 billion with 5,000 licensees; and 2019 California will be five times bigger? Ten times? On the low-end, that’s $10 billion. The smart money is making moves in the background laying the groundwork to be a first mover to capitalize and capture customer loyalty.

But that’s the fun and exciting part, the other side…not so much. As a licensee or business operator, now you have to figure out reporting to the Cannabis Activity Tracking system (CAT), comply with several agencies, know your local jurisdiction’s regulations, hire some staff, make some mistakes, and figure out how to make it all work while keeping your head above water.

As the cannabis industry continues to paint more and more states in green, both med and recreational, there are many intricacies yet to be seen as to how a state’s respective program will be implemented.  For most states, the state itself is usually responsible for crafting the rules, regulations, and administrative code that will govern their cannabis industry; this responsibility is often handed off to a state-level agency or multiple agencies to make it all work. California’s Cannabis Activity Tracking Program is driven by the California Department of Food and Agriculture (CDFA), who is also responsible for the cultivator licensing program; collectively referred to as CalCannabis Licensing branch. CalCannabis is joined by the Bureau of Marijuana Control (responsible for licensing labs, transporters, distributors, dispensaries, and micro-businesses) as well as the Office of Manufactured Cannabis Safety (licensing of manufacturers).

The challenge is that cities and municipalities are also crafting their own rules and regulations; intersecting lines of regulation collide and create a navigational maze for both the licensees and regulators.

Los Angeles’ Measure M has taken steps to address this. With California’s recent election to allow the sale of recreational marijuana, the state is beginning to form their industry and determine how Cannabis Activity Tracking will be utilized.  Market projections are currently forecasting that California’s legal cannabis market will be worth over $6 billion dollars, with cities like Los Angeles projecting to be a billion dollar market by itself.  Knowing that, it’s no surprise city-level officials in the state are actively making changes that will allow them to have more control over their respective city’s rules and regulations.  In these cities, licensees will have to navigate their business between city and state regulation, while submitting required reporting information into both the city and state’s respective departments.

On top of that, many California cities have already created and launched cannabis markets such as Humboldt and Arcata.  Since the state has had medicinal marijuana in place for several years, the more established markets are going to have to reconfigure their entire business operation once the state releases their respective rules and reporting requirements.  They’ll have to reconsider operational costs, existing workflows, and even reporting structures, all of which affect their bottom line. Forget about the fact that they’re busy operating an entire integrated cannabis operation, now they have to figure out new rules and regulations per department, as well as city versus state; and restructure their entire operation to meet the changing rules and regulations of not one, but several, different governing bodies.

California is going to be extremely complicated when it comes to implementing a licensed cannabis business, but that doesn’t make it impossible.  Complicated…welcome to the cannabis industry – it’s everyday life in this industry; so get used to it.

Check out our California page for detailed licensing info, go-live dates and to get in touch with a BioTrackTHC representative who can answer questions regarding California cannabis licenses.

Author Bio: Dr. Moe Afaneh is the Chief Operating Officer for BioTrackTHC™. In his role there, Dr. Afaneh has an exceptional benefit in understanding the rapidly evolving cannabis marketplace; he is one of the organization’s foremost subject matter experts.

Cannabis and yoga go together like peanut butter and jelly. Both enhance your mood and uplift your…

CannaGather is doing some awesome Cannabis events in the Northeast!! …

Cannabis and Yoga 🤩 Hiiiiii everybody! Tonight is the third week in my 5-part YOGANJA series, put…

We here at Bananabros. would like to take this moment to recognize our senior citizens! Thank you so…

As A Cannabis Activist, Enthusiast And Someone Who Is Just Plain Tired Of Cannabis Event's Getting…

Save $100 on Bud Camp by using the code "theweedblog"...sales ends tonight! http://budcamp…